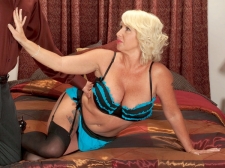 Joanna Storm is a legend and now this babe is a big breasted legend.